Sales Funnel: A method (using software) to guide a prospective customer through a series of stages, ultimately converting them to a member, sponsor, customer, etc.

It’s described as a funnel because it’s large at the top, tapers through the middle, and narrows at the bottom.

The process begins with a broad pool of prospects. At each stage, the pool narrows. Prospects are filtered, and those somewhat likely to convert advance through the funnel. Eventually, the prospects with the highest likelihood of converting reach the end of the funnel, where they hopefully become a “customer” (a.k.a. member, sponsor, customer, etc.).

The sales funnel process is valuable because it:

The complexity of the funnel varies, but at its core, it consists of overarching phases comprised of various stages.

TOP OF FUNNEL (TOFU)
The beginning of the sales process, when the prospective audience is at its largest.

BOTTOM OF FUNNEL (BOFU)
Often shortest phase, when those most likely to convert have reached the final stages of the process. At its close, the opportunity is categorized as closed-won or closed-lost.

The number and intricacy of stages are ultimately determined by the user. But, in its simplest form, there are four fundamental stages in a sales funnel. 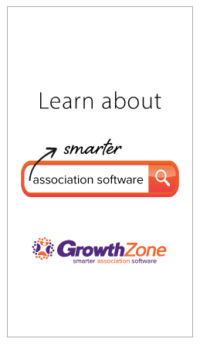 When you catch the attention of a prospective customer and create awareness of the solution you provide.

A prospect has recognized their problem or expressed an interest and wants to know more. This often includes evaluation of your solution while researching and comparing other options.

The prospect has expressed their intent to buy, considered their options, and shortlisted your solution.

A decision has been made, and the prospect commits to purchase, becoming a customer.

*Many sales funnels include a Post-Purchase/Loyalty stage. It focuses on current customers that may periodically re-evaluate, considering if other solutions better meet their needs.

Of prospects who enter the sales funnel, only a minority will convert. A well-structured sales funnel defines the actions your association needs to take to move as many prospects as possible through each stage.